Despite Rihanna allegedly break up with her Arabian boyfriend, Hassan Jameel. Everything is not stir with chris Brown as he has shown love for Rihanna in  most of his ocomments and fans were really happy if both could reunite again.

Chris Brown was abusing Rihanna and she had to fired a lawsuit against him. He finally plead guilty in court and about few months later released.

So we have a 7 photos that proves Chris Brown still love Rihanna.

Look at this very well. Chris and Riri returns back to their hotel after Chris’s concept at 02 arena. This is so much impressive. You can see how Rihanna calmly covered her face with black scarf and wore a cap too. With this photo we absolutely believed that chris stil love her  ex girlfriend so much.

Both having a lovely moment in the beach at Barbados ( Rihanna city) riding some jet skis. They both seem very excited and enjoying their day.  So are you gonna tell me Chris don’t still love Riri? For me he completely still love her. No doubt about that.

They both attends the NBA game at Staples center in Los Angeles, California. Rihanna and Chris were both laughing like they were been amused by something hilarious.

Chris and Riri frown in hand in hand while leaving the los Angeles Lakers basketball game on Christmas day.

Riri took a selfie snap with Chris Brown and he was smiling.

They both stepped out to have fun at los Angeles. Everyone knows Chris deeply love Rihanna but could they ever unite again?  We hope they did so fans could peacefully make a low noise and go happy. 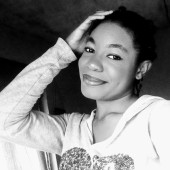 Beyoncé And Rihanna Who Dresses Better – A Head To Head Comparison