Jaywon a popular Nigerian singer has taken to social media page to advise his followers against visiting a club identified as Sluggers in Ibadan, Oyo state.

He made it known in an Instagram post on Saturday, where he narrated how he was robbed at Sluggers which he describes as the “deadest” club in Ibadan.

According to the singer, he and his nephew were in the city and decided to have some fun at a particular club only for them to be robbed within the club compound.

5 Nigerian Celebrity Singers On Suit, Who Is Number 1? 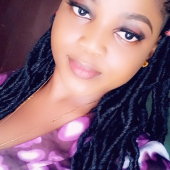 Before Sabrina Dhowre, these are the ladies who have shared a dose of Idris Elba’s inescapable charm.

“I was bullied and mocked for my skin”-Beverly Naya